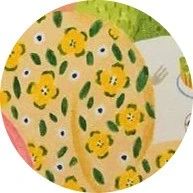 what kind of people do you get along with without feeling tired?

on this issue, there is a passage that is highly praised and accepted by many people:

"if you are looking for a word that includes all the expectations for good quality, it is reliable."

the so-called reliable, in fact, is very simple, that is, there is a reply to everything, there is a response to every sentence, and there is a reason for everything. With such a person, feelings are not one-way output, but really comfortable. "

that's true. Reliable people are particularly reassuring, both in the workplace and in life.

received a reply, which is a transposition of the soul

some time ago, the job search program "moving offer" was a hit, and one detail was impressive.

some people passed the interview as desired, and even if they were defeated, the law firm patiently called and said, "it's a pity that you didn't pass our internship interview this time."

when watching this clip with my friend Xiaonan, Xiaonan sighed:

"I really like such a company, no matter whether it is successful or not, at least there is an answer that makes people feel respected. It would be nice if we could do the same between people. "

see attitude for the so-called details. There is a response, it is to take into account each other's feelings, do for the sake of others.

Xiaonan mentioned one of her experiences after saying this.

one year during the graduation season, several interns came to her company and were arranged to bring them to her.

once, Xiaonan was going out of town on a business trip. Before leaving, she explained her work to both of them.

A few days later, Xiao Xu asked for leave and was hospitalized due to illness, and she still had some documents on hand, so she contacted Xiao Li to take up Xiao Xu's work first, but she did not receive a reply after the message was sent.

seeing the time getting late, Xiaonan had to ask other colleagues for help, but still delayed the progress of the work.

there is no doubt that Xiao Li was not retained after the end of the internship.

if everyone could think from a different point of view and think from the standpoint of others, the results of things would be very different.

there is a writer who is right:

it is immature to treat not answering messages as a maverick or to deal with things emotionally.

receiving a reply is a transposition of the soul. What kind of attitude you take towards others, others will naturally adopt the same attitude towards you.

response to everything is the most authentic personality

what kind of people are people with good character in interpersonal relationships?

when you think about it, it's probably: the kindness of putting yourself in the shoes of others, the reassuring security of responding to everything, and the steadiness of sense of security.

at the beginning of the TV series "I am Yu Huanshui", there was a scene that sparked a heated discussion on the whole network.

many years ago, Yu Huanshui lent his good friend Lu Fumeng 130000 yuan, but as the days went by, Lu Fumeng had no intention of paying back the money at all.

over the years, Yu Huanshui and his wife quarreled repeatedly and family conflicts continued because of the problem of money.

Get ready to showcase your unique figure and charm in our cute homecoming dresses . Shop our high quality and fabulous options at affordable price.

in order to please his wife, Yu Huanshui decided to buy his wife a car, but when he bought the car, he found that he didn't have enough money, so he contacted Lu Fumeng to get back the 130000 he had borrowed that year.

at first, Lu Fumeng promised to pay back the money, but when he called later, he either "couldn't get through" or turned off his phone, and occasionally made a phone call, which was an excuse for being abroad.

finally, the lie was exposed. When Yu Huanshui came to ask for an explanation, Lu Fumeng said angrily, "I just want to lie to you, just to make you feel bad!"

the money is coming back, and people have seen it clearly. Yu Huanshui is extremely cold.

respect between people is always mutual

psychologist James once made a very profound point of view. The main idea is: the most cruel punishment for a person is to give him freedom and let him wander in society without paying any attention to him at all.

when he appears, there is no sign; when he speaks, no one responds, and no one cares about any of his behavior.

if everyone around him turns a blind eye to him and ignores his existence, his heart will soon be filled with anger.

this is the "harmful effect" of "no response".

if a person always disrespects others, he or she will reap the same despair over time.

because respect between people is always mutual.

in this world, the cruelest thing is never to refuse, but to give people expectations, but to keep people waiting.

if you want to be trusted enough, you should learn to be reliable;

if you want to be treated well, you should learn to be sincere to others;

if you want to be respected by others, you should learn how to respect others.

Daniel said: "how comfortable you are determines how high you can reach."

being alive and comfortable is the highest charisma of personality.